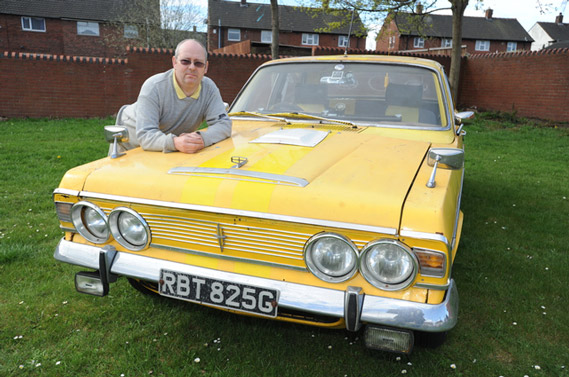 A MAN from Athersley is set to travel through ten countries on a 4,500-mile charity drive - in a 1969 Ford Zodiac.

Wayne Bourdon will travel with wife Emma to Chernobyl raising money for Hope and Homes for Children after watching a programme on TV called Ukraine's Forgotten Children.

Wayne, 45, bought the classic car as a shell and has completely restored it.

"I've wanted to do something like this for about five years," he said. "It was a shell when I bought it but I've built it up."

He's hopeful it will not break down on the way.

Wayne says the BBC4's programme, which told the story of children who are placed in state institutions by poorer families who cannot afford to look after them, had a big impact on him.

"I was in tears by the end of it - it was very moving. I've been interested in finding out about Ukraine anyway, especially after the Chernobyl disaster."

The pair, who have also asked daughter Tatiana, 12, to join them, will set off from England travelling through France, Germany, Austria, Hungary, Romania, Ukraine, Belarus, Netherlands and Belgium.

They expect to drive between eight and 12 hours a day and the trip will take three weeks.