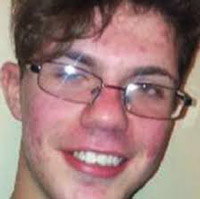 THE Court of Appeal is to review the case of a Cudworth teenager who died of burns after being set on fire at his 18th birthday party.

Campaign group Stop Hate UK has asked the Attorney General to examine whether the three-year jail sentence given to Jordan Sheard for manslaughter following Steven Simpson's death was too lenient.

Steven, who suffered from Asperger's syndrome, had thrown a party at his home on Pleasant View, Cudworth, to celebrate his birthday.

A neighbour said they appeared to be having fun, but later on there was some 'good-natured' horseplay and Steven was asked by friends to strip to his boxer shorts.

The group later moved into Steven's bedroom where one of them covered him in tanning oil.

Sheard, egged on by the others, took out a lighter, and set light to Steven who 'went up in flames'.

He died the following day - having suffered 60 per cent burns to his body.

She said: "When something appears to be motivated by a disability or sexual orientation, the judge should say it was motivated by these factors and should increase the sentence or aggravate the sentence to show these things are a factor. That didn't happen.

"We are pleased it has been referred to the Court of Appeal.

"The fact that has been referred means it is possibly unduly lenient."

A spokesman for the Attorney General's office, said: "The case will in due course be heard by three Court of Appeal judges who will decide whether or not to increase the sentence.”