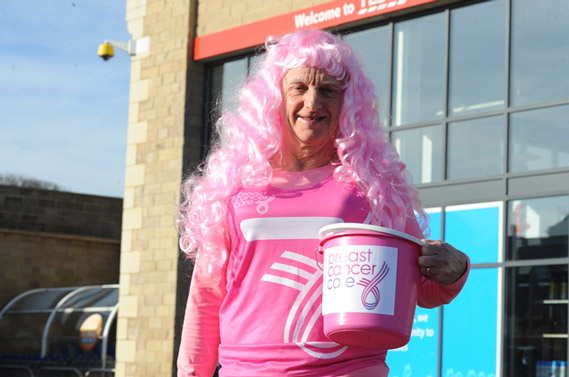 MARATHON man Roger Cousins raised more than £3,000 for a breast cancer charity after completing his tenth London Marathon in his third best time.

Dressed in pink, including a wig and a tutu, the school caretaker said he was 'over the moon' with his time of four hours and 42 minutes.

Roger, who was running for Breast Cancer Care, said it was one of the most enjoyable of his ten races but also, on the back of the recent bombings in Boston, one of the most moving.

"The atmosphere was unbelievable," said Roger. "The 30-second silence on the start line was emotional and a lot of people were crying.

"I never thought about not doing it; I can't see the point in living if you're going to stop doing things."

The 62-year-old, who works at St John's Primary School, has been invited to take part in the York Marathon in October in memory of charity campaigner Jane Tomlinson and has already booked his hotel for next year's event in London.