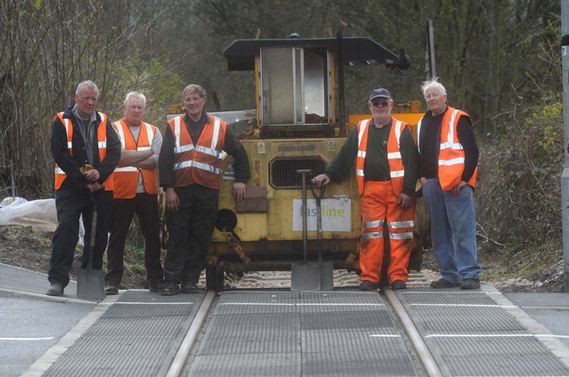 TRAINS can now cross Tingle Bridge Lane at Hemingfield, although they will not get far, after tracks were laid.

The level crossing's been completed and the road has been re-opened - with the tracks stopping a few yards the other side of the road.

Del Tilling, chairman of the Heritage Railway, said they had been trying to get the crossing put in place for 16 years, but couldn't due to financial reasons.

They now need to raise £250,000 to extend the track the two-and-a-half miles to Cortonwood, the group's aim, to where they hope to create a railway station, miners' memorial garden and picnic area will be built on three acres of land adjacent to Morrisons.

Del said: "There are now no objects from stopping us.

"We believe it's a nationally important site and railway as it's where one of the first mines were earmarked for closure."

The group has applied for lottery for the extension and, if successful, work will start next year.