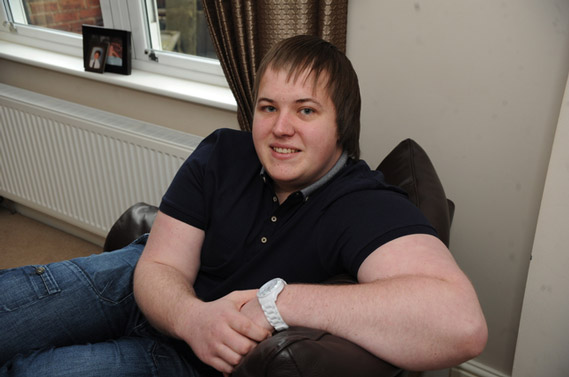 LOTS of people have got involved in the appeal to help send a terminally ill Barnsley man on his dream holiday to Las Vegas.

Ben Gillott got in some practice for when he hits the Las Vegas strip when he joined fundraisers at a charity race night at Oakwell.

Ben, 24, has been diagnosed with terminal brain cancer and told he only has around one year left to live.

The grim diagnosis came shortly after he landed his dream job after graduating with a first class honours degree and left his family and friends reeling from the shock.

But Ben said he was determined to try to be optimistic. At the same time family and friends vowed to raise enough money to enable Ben and his girlfriend Steph to take a dream holiday in Las Vegas.

One of those relatives, Sue Cawthorne, asked permission from her bosses at the Capita call centre at Cortonwood for her to organise fundraising for Ben.

Her boss Mark Booth not only gave her permission, but also organised the race night himself - freeing Sue to collect items for the charity auction and raffle.

Ben and his family joined around 200 other people at the fundraiser on Saturday night.

"It was a brilliant night - Ben really enjoyed it as did everyine who came along," said Sue.

"I am so grateful to Mark and everyone at Capita and all the other people who were so generous with their time and with what they gave to us."