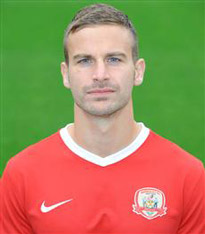 FAN-FAVOURITE Stephen Foster has spoken of his emotion at leaving Barnsley after nearly six years and 244 appearances for the club.

Foster, 32, was told by boss David Flitcroft that he wasn't getting a contract extension on Wednesday, but said that he's happy to have finished with survival and said it's as much of an achievement as 2008's FA Cup semi-final.

"I will have great memories of Barnsley and the fans who have always been good to me," he said. "Flicker's one of the most transparent people I have met and I totally respect him."

Foster's final game for the Reds was the 6-0 home defeat to Charlton.

"I won't be keeping that one in the memory bank," he joked.

"I would put staying up this season alongside the FA Cup semi-final in terms of achievements, although they were both very different.

"We all went out after the Huddersfield match to celebrate but obviously it was in the back of my mind that I might not get a new contract."