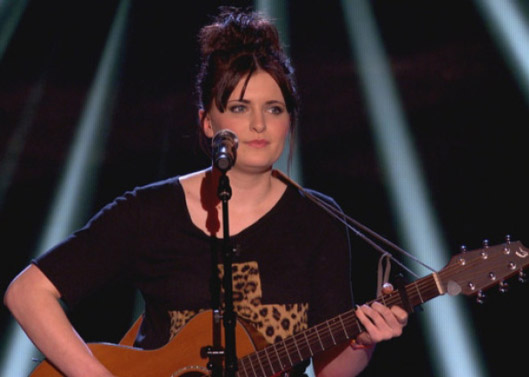 The Voice Star Amazed To Be Working With Superstar Producer

A BARNSLEY teenager says she is 'amazed' to be working with a world-famous music producer after getting through the first round of BBC talent show The Voice.

Emily Worton, 18, was picked by American Will.i.am after wowing him with her rendition of Pulp's Britpop anthem, Common People, on Saturday's show.

The Thurgoland singer-songwriter has had to keep her joy underwraps until her appearance was broadcast and now she feels she can enjoy the good news.

"It's crazy working with Will.i.am, one of the top producers in the world. There are moments when you get a bit star-struck then you just have to remind yourself that he's just a normal person," Emily said.

"I can't even remember the performance because it was such a blur. I don't suffer from nerves, I was quite calm, unlike my family who were going mental back stage.

"I did think it was over so there was that pang of despair and Will turned around within seconds of the song finishing.

"Things are going really well, obviously the team have all got to meet Will and he's really cool. He's a really fascinating person. He's one of the most down to earth people I have met."

She says since The Voice more people have been checking out her Soundcloud page online where she uploads her music for people to listen to.

She will be next appearing in the 'battle round' part of the show where acts go head-to-head to progress.