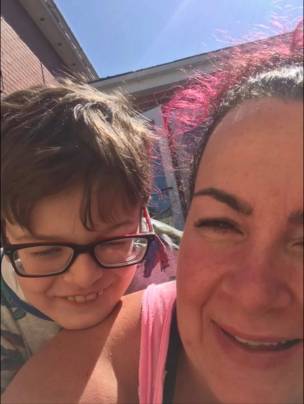 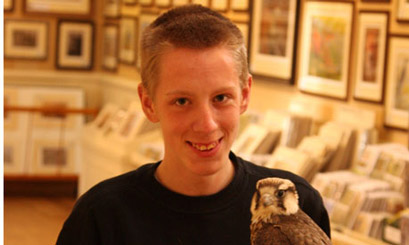 WHEN 17-year-old James Dickinson lost his beloved Lanner falcon during a flying display over Barnsley, he was devastated.

The young female falcon, called Nekala, was his pride and joy and when she didn't come back for four days he thought she was gone forever.

But thanks to a wildlife artist, the teenager, a falconry centre worker from West Yorkshire, was reunited with his bird of prey.

Nekala had taken off towards the Yorkshire Wolds and landed a few miles from the home of wildlife artist Robert E Fuller.

Robert's extensive knowledge of birds of prey meant he was able to identify her immediately.

He advertised her loss on Facebook and owner James came forward the following morning.

Nakela had travelled some 70 miles, and the reason James couldn't track her is because she had chewed the aerial off a transmitter attached to her leg.

His mother, Bev Dickinson, said her son was 'overjoyed' at the bird's return.