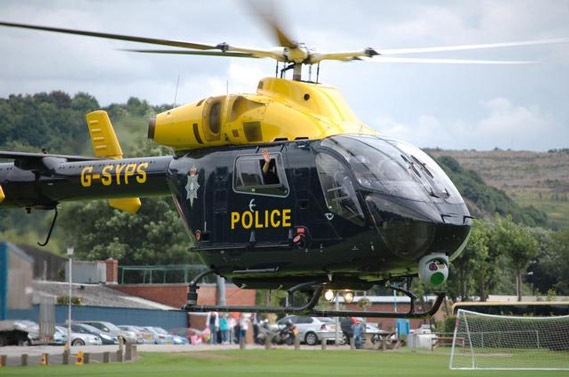 THE police has lost the fight to keep its own helicopter - after the government ordered forces to share choppers.

The South Yorkshire force was the only one to formally object to the new National Police Air Service when proposals were announced last year. It raised concerns the new service wouldn't provide sufficient cover.

The new arrangement, which will see a Sheffield-based aircraft operate ten hours a day, is thought to be saving £15million a year.

It now means incidents in South Yorkshire requiring a helicopter will either be attended by the Sheffield chopper or others from West Yorkshire, Humberside and Derbyshire.

Police officials say despite initial concerns, the region will still have a 24-hour service with a response time of 20 minutes.

The police and crime commissioner, Shaun Wright, said he fought hard to maintain air support based in South Yorkshire to protect response times.

"We have been successful, as we retain an airbase in Sheffield," he said.

"The decision to move to the National Police Air Service was one that I opposed, but this was a national mandate."