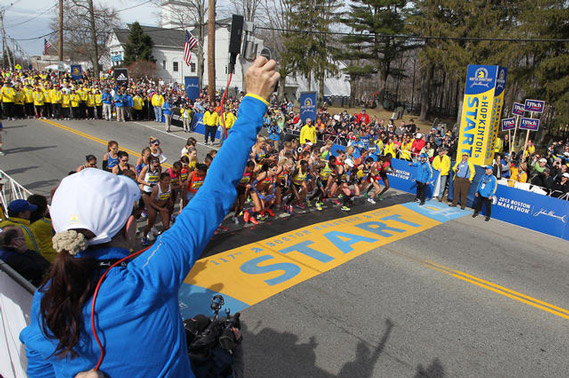 A BARNSLEY runner has vowed to continue the sport she loves - despite being caught up in the bomb attack on the Boston Marathon.

Bev Clark, 45, completed the race less than half an hour before the bombs, which killed three, exploded near the finish line on Monday.

She had just met up with her husband Jeff, 47, a block away from the finish when the bombs went off.

"We just heard two loud bangs, but because it was Patriot's Day in Boston and there is so much noise, people just carried on as normal.

"Then we saw all the police and ambulances. The police told us to stay in our hotel room and not congregate in any large groups because they thought they might find other devices."

The Royston couple have been members of Barnsley Harriers running club for 13 years.

"It was astonishing there weren't more injuries as the crowds were really rammed at the finish line," added Bev. "It's certainly not going to put me off - you have got to keep going."