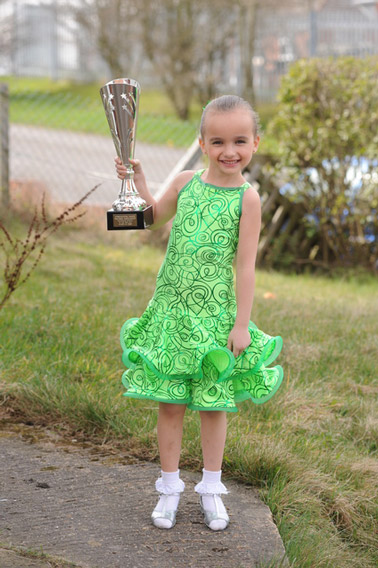 A YOUNG girl has won a national dancing competition in Blackpool.

Libby Rose Davies, five, participates in all sorts of dance, including ballroom and modern sequence and has been dancing for just 12 months, but came out on top at the International Dance Teachers' Association competition.

She competed in the three to five-year-olds sections - and beat 50 other competitors.

Libby trains at Tony and Denise Dyer's school in Wombwell, who are involved with the International Dance Teachers' Association.

On her journey to the final she had to progress through six rounds before completing a series of dances at the final in front of a judging panel.

In the final she performed a waltz, tango, cha cha and samba.

However, there were pre-competition doubts about whether or not they were going to go to even participate.

Mum Mandy, 44, said: "Libby had been poorly and off school for a few days. We went over to Blackpool at 8pm on Friday and didn't make a decision until Saturday morning as to whether she was going to dance or not.

"It's a good job we did go. The trophy is very big though and Libby says it's a bit too heavy to hold."