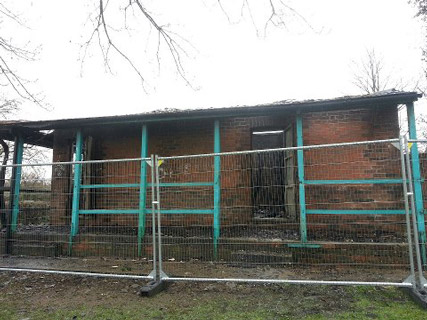 A BARNSLEY sports pavilion was completely destroyed by fire on Thursday night.

The building was used by Athersley Athletic Football Club just hours before, and their equipment's been ruined.

Firefighters were called to the single-storey, 10x10m building, off Shaw Lane in Carlton, at around 9.30pm, and arrived to find it well alight.

Despite their best efforts, the fire severely damaged the building - including the asbestos roof.

However, the wind carried the smoke plume over a field and away from local houses, so there was no threat to public safety.

"We lost a pair of football nets, flags, match balls, training equipment and a line marker," said club player Gavin Pinner. "We're gutted because it's an expensive thing running a team so this isn't going to help."

An investigation into the cause found it is likely to have started accidentally.