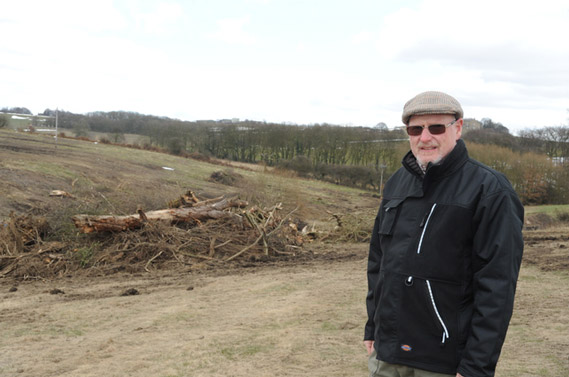 AN ecologist is furious a wildlife site in Brierley has been 'trashed' and is calling for it to be better protected.

Pete Middleton said the species-rich Brierley Meadows Wildlife Site has been ruined after about 40 per cent of it was ploughed, 190-metres of hedgerows were removed and two hectares of scrubland cleared.

It's unknown who was responsible.

Mr Middleton, who helped get the land designated as one of Barnsley Council's local wildlife sites, was told about the damage by the authority's bio-diversity officer.

Mr Middleton said it is an important area in the borough and when he saw the state of the site he felt 'physically sick'.

"The meadows are species-rich and in summer are full of flowers. Consequently it's one of the last remaining such sites left in Barnsley," he said.

"I discussed the situation with the council's bio-diversity officer to see if anything could be done to prevent the rest of the site being trashed. He told me that he doesn't have time to deal with it."

Cllr Linda Burgess said the council is 'deeply concerned' to learn of the damage caused to the 15.5 hectare site.

"Although the site has been identified as a local wildlife site, Barnsley Council does not own the land and is unable to act unless the landowner was found to be breaking the law," she said.