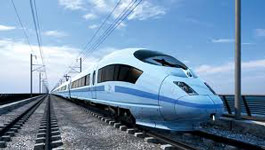 THE tunnel for the proposed high speed rail link going through Barnsley will be up to 60 metres deep, according to a Freedom of Information request made by an Ardsley resident.

Mike Frost, who lives on Kendal Grove, said the proposed route to link Birmingham with Leeds and Manchester via Barnsley, goes directly under the property where he's lived since 1969.

Mr Frost submitted an FOI to High Speed Two Ltd - the company set up by the government to complete the project.

He has many concerns about HS2, and said he used the FOI to find out how to object to the proposal, how deep the tunnel would be in Barnsley, and whether the construction would cause subsidence due to old mine workings under his property.

He also wanted to know if a fault line in the area had been taken into account and if trains would be heard passing under his property.

In the response from High Speed Two Ltd, Mr Frost was told it is an initial preferred route and a decision will not be taken until a public consultation planned for later this year is completed.

The FOI said the tunnel at Barnsley is 'currently designed to be up to 60 metres deep', and HS2 officials are aware of the mining history of the region and will be 'working in detail' on them to minimise any effect it could have on both the route and the surroundings.

Mr Frost is not happy with the response given by HS2 Ltd, which he feels didn't answer his questions.

"I am not satisfied with the answers given in the letter. There's no firm date of when people's objections will be taken into account and how and where this will take place," he said.

"I have many concerns. The main ones are there are old mine workings under our property as the area was prone to subsidence when they were worked. If the proposal goes ahead when the tunnel is constructed, will it disturb these workings and cause subsidence on our property?"