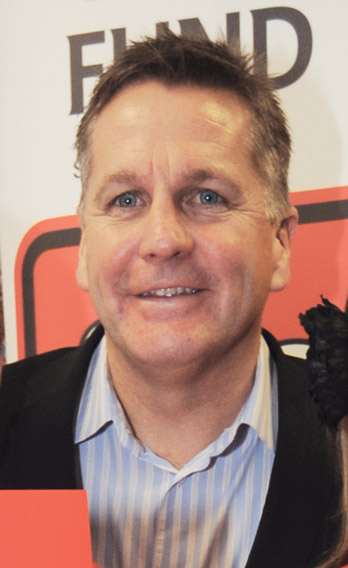 Barnsley Fans In For Treat As Club Legends Recall Memories

BARNSLEY fans are in for a treat this week as club legends Craig Hignett and John Hendrie return to the town to talk about their Oakwell memories.

They will be joined by former chairman John Dennis for a special event organised by the Barnsley Chronicle at Horizon College on Dodworth Road on April 26 – 16 years after the club's historic promotion to the Premier League.

Many of Hignett's stories centre around Paul Gascoigne, and he will tell of the time Gazza crashed Middlesbrough's team bus and threw a cat out of a hotel window.

Hignett, who fired Barnsley to the play-off final at Wembley in 2000, holds the record for rooming with Gazza and he also has many comical tales from his time at Oakwell.

The cheeky Scouser was brought to Barnsley by player-manager Hendrie, who became boss after Danny Wilson departed for Sheffield Wednesday.

Hendrie was a popular player at Oakwell and his goals helped the Reds to the top flight, although his managerial career ended abruptly when he was sacked by Dennis after less than a year in the hotseat.

Barnsley Football Club was transformed during Dennis's reign as chairman, and the retired businessman, who wrote his autobiography last year, will tell stories of wheelings and dealings in the transfer market including the time he was offered a bribe by an agent.

Although Dennis led the club to the top flight for the only time in its history, he was also chairman when the Reds crashed into administration and nearly went out of business.

He will emotionally describe the events and he, Hignett and Hendrie will all take questions from the audience.