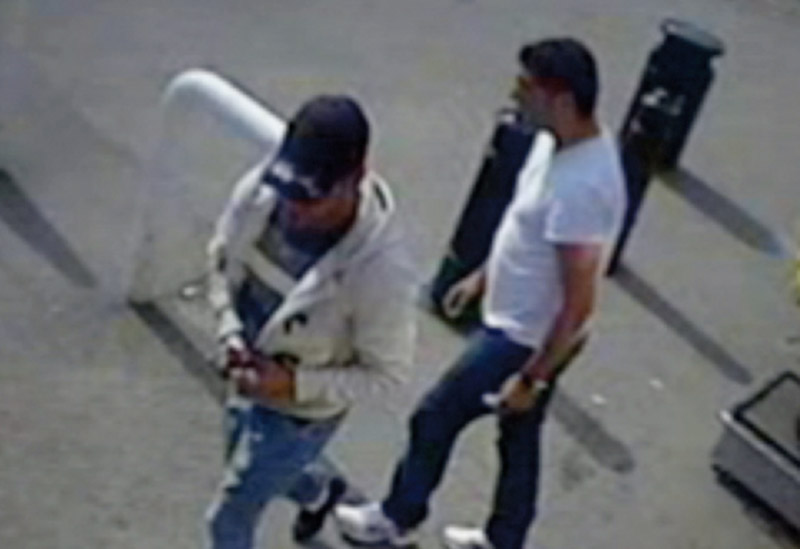 POLICE in Barnsley are searching for the men pictured in this CCTV image in connection with theft from a cash machine on Hoyland Road, Hoyland.

Police believe that - throughout August and September - the ATM on Hoyland Road, Hoyland has been defaced and has devices fitted to scam banks cards and obtain pin details. These details were then later recovered and allegedly used to make fraudulent withdrawals.

One male is believed to be Asian, aged between 25 and 30 years old, around 6ft tall, large stocky build, short black hair and believed to be wearing a white/cream tracksuit top with the letter ‘LA’ on the back and black Adidas tracksuit bottoms with white stripes.

The second male is also believed to be Asian, in his late 20s, around 5ft 8 inches tall, slim build, short dark hair. At the time of the incidents, he is believed to be wearing a navy baseball cap, white framed glasses, dark jacket with a white strip across the chest, and dark Adidas tracksuit bottoms with bright green stripes down the sides.