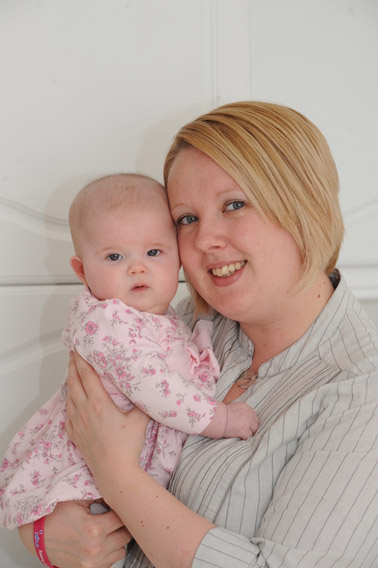 Little Girl Battles On After Surgery

A LITTLE girl who was given a 50/50 chance of survival after being born with a hole in her diaphragm is doing well after surgery - 24 years after her aunt died of the same condition.

Five-month-old Isabelle Hope Pinder had an operation to correct the hole which had caused some of her stomach, liver and intestines to move up into her chest.

It also caused her heart to be pushed to the wrong side of her body and meant her lungs did not develop properly.

The condition - called congenital diaphragmatic hernia - was diagnosed at mum Lyndsay Hudson's 20-week scan and she was told she could terminate the pregnancy.

But Lyndsay, 29, of Hoyland Common, said: "By that time I could feel her moving inside me, while ever there was a chance of survival, I don't think I could have lived with myself if I had not given her that chance. I wouldn't have it any other way."

Lyndsay's sister Zoe Tilling died of the condition about 24 years ago, but her cousin survived.

Lyndsay and her partner David Pinder have been told the condition is not hereditary but may be genetic.