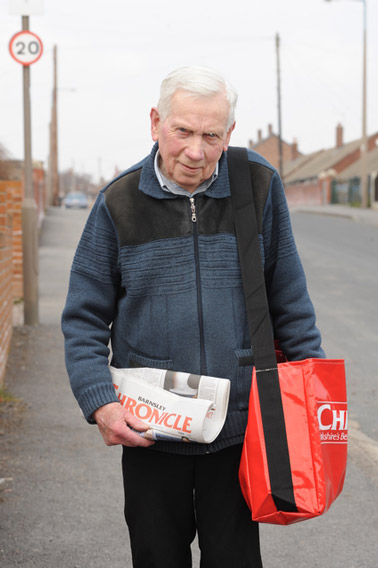 Is This Barnsley's Oldest Paper Boy?

COULD this be Barnsley's oldest paper boy?

Harry Goodall, 92, makes a mile-round trip to his local newsagents every day to pick up a paper for himself and his two friends.

Harry, from Royston, says he carries out the errand come rain or shine.

Even the recent cold snap hasn't stopped him from stretching his legs.

He's up at 6am, at the shop by 7am and stops of for a chat with his pals, who he calls 'the old men' but are both younger than him and in their 80s.

"I've been doing it for two or three years now," Harry said. "It keeps me fit."

Harry says he's been fit all his life and daughter Avril, 59, agreed.

"I've never known anybody like him for his age, he's amazing," she said.

Avril said he even used to jump on his pushbike cycling from Royston to Leeds, where he held a job as a foundry worker.

But despite his former cycling prowess Harry says he'll be giving the Tour De France a miss when it comes to Yorkshire.

"I'd put my money on him, he's as fit as a greyhound," Avril added.