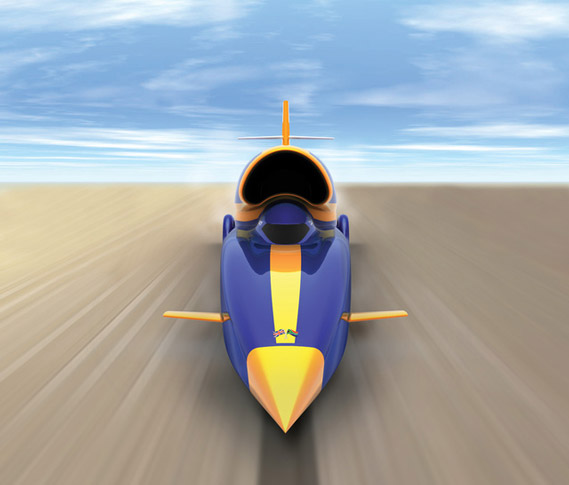 A BARNSLEY software company is helping to build the 'fastest car in the world' which will be driven in an attempt to smash the world land speed record later this year.

SolidCAM UK has devised essential computer technology to help manufacture precision parts for the Bloodhound SSC supersonic car - which could reach a top speed of 1,000 mph.

The rocket and jet-powered vehicle is due to attempt to set a new world land speed record of 763mph in South Africa later this year, then be pushed to its limit in a bid to reach 1,000mph in 2014.

SolidCAM - based at Dodworth’s Fall Bank Industrial Estate - is associated with the research centre and has contributed its advanced computer-aided manufacturing (CAM) software and expertise to the project.

The firm's managing director, Gordon Drysdale, said: "We have been delighted to contribute our unique software to the Bloodhound Project and are pleased to have helped construct key components for the car's framework."

It's not the first time SolidCAM has been involved in a high-profile project. It also provided software to construct NASA's Mars rover, Curiosity, which is currently drilling the surface of the planet to extract scientific samples.