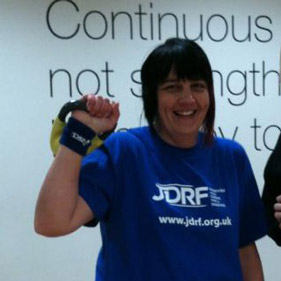 A DETERMINED 48-year-old decided three years ago to get fit and do something different.

So far Amanda West has taken up netball and running, she's climbed Mount Kilimanjaro and cycled 300 miles across India.

Despite the fact that she hadn’t taken part in any sporting activity since leaving school nearly 30 years earlier, Amanda started playing netball and then began jogging.

Her Kilimanjaro climb and Indian cycling adventure were both to raise money for Barnsley Hospice and breast cancer awareness in memory of her mum who died from cancer in 2004.

When she takes part in this year's marathon, Amanda will be raising money for JDRF - the type 1 diabetes charity.