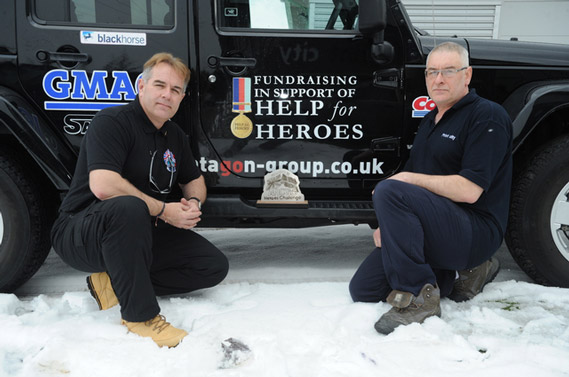 Arctic Challenge On Course To Raise Huge Amount Of Money

A PRINTER who led a gruelling Arctic challenge says it's on course to raise £45,000 for Help for Heroes.

The 'Arctic Heroes Challenge' was the brainchild of 51-year-old Bob Seaborn. A 14-day journey of 1,800 miles, it involved eight people and four vehicles. Driving from the UK, they crossed the Arctic Circle in the north of Norway to a final destination at the northernmost point of Europe, North Cape (Nordkapp).

The challenge was at the most treacherous time of the year. Temperatures were as low as minus 30 and there was less than two hours of daylight in 24 hours.

Bob, who works in Barnsley at Print City in Zenith Park on Whaley Road, said: "To get to the Arctic Circle safely with such a large group was an extreme challenge but to go on and reach the North Cape in March - then to camp there overnight at the very tip of Europe - was beyond beyond anything I have attempted in my overland travels."