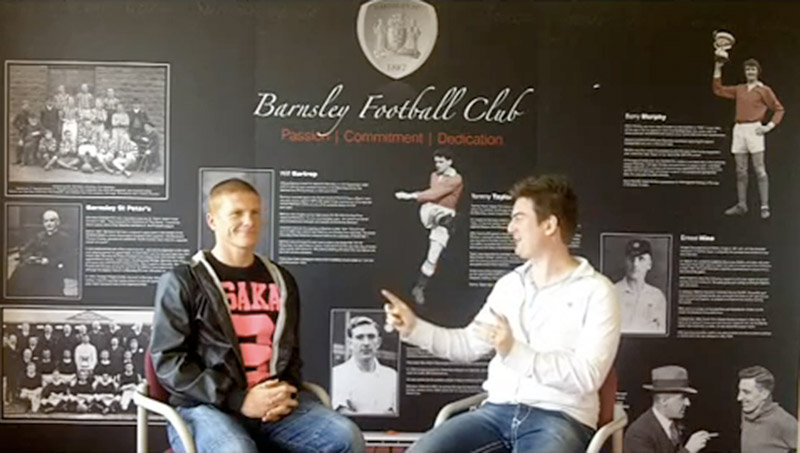 REDS Club Captain Bobby Hassell has launched a new campaign to offer free coaching sessions for kids in a bid to get them off the streets.

Bobby has recruited ten of his friends to help him run a Faith and Football league at PowerLeague in Kendray for kids aged 7 - 14.

He said: "I know Kendray is a poor ish area and we're just aiming to get kids off the street, give something back and be good role models really.

"Football is obviously what I'm known for and it's a tool I'm going to try to use to get into the community, build up relationshsips not only with ourselves but with the kids and the parents.

"I'm going to be going in to schools, handing out leaflets, putting on little assemblies and we will hopefully be going in to Kendray, going to people's doors just trying to get information out there."

The league kicks off on October 31 and will run for six weeks, with a presentation night at the end.