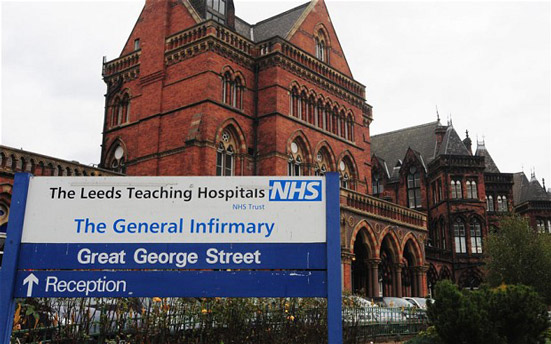 Royston Girl Gets Easter Egg On Hospital Check Up

A THREE-year-old who had a liver transplant had her day made when she was given an Easter egg while attending a hospital check up.

Freya Brown underwent a liver transplant when she was just nine months old after being diagnosed with a rare liver disease.

She was at Leeds General Infirmary for her three-year transplant 'MOT' check up when she was given the chocolate treat.

Mum Jodie Morris, 33, of Royston, said: "She loves chocolate and Easter eggs. We've had to let her chose her own this year, as there was a particular one she wanted which was a Peppa Pig one."

As well as her check up, Freya was also underwent scans because she has a hole in her heart.

Her mum Jodie and dad Leon Brown, 31, are awaiting news from doctors to see if Freya can be treated using key hole surgery.

But despite her health worries, Jodie said Freya has done really well since the transplant.