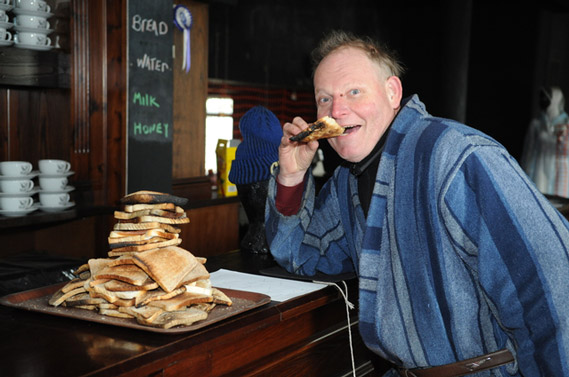 A PUB landlord says he is insulted after receiving a letter which suggested the artwork outside his property is an 'eyesore'.

Art enthusiast Anthony Youel, who runs The Monkey in Thurgoland, was contacted by Thurgoland Parish Council regarding the pieces he created in front of the pub.

His works include everyday items, such as chairs, vacuum cleaners and wardrobes, as well as wooden crates and a toilet.

The letter from the parish council suggests the items look to have been fly-tipped and asks Mr Youel about his long-term plans for the pub and the car park.

"I was expecting it because they're 'in the box'," said Anthony. "They don't like anything 'out of the box'. They think it's ruining their little group."

"About 95 per cent of people are having a laugh at it but the minority don't like it - I'm just expressing myself. I'm a free spirit; I always have been and I don't harm anybody," he added.

Landlord Anthony, and his artwork, will feature on mainstream television later this year after he was selected to star in 'Boom Town', a new comedy sketch show to be aired on BBC Three.