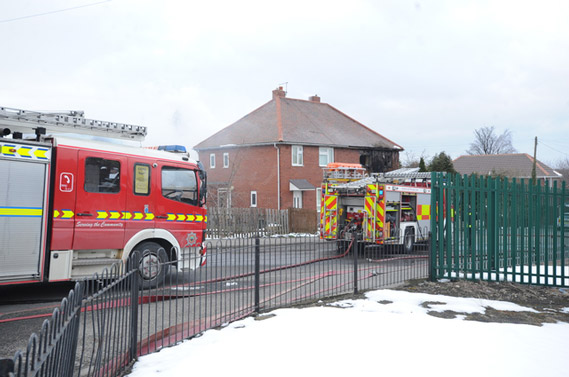 A PENSIONER died after a fire broke out in the house where he was born.

Les Robinson, of Woodhall Road in Darfield, died after firefighters from Cudworth, Barnsley and Tankersley were called to his home at 4.40pm.

A black cloud of smoke was visible from as far as Stairfoot and, by the time they arrived, the ground floor was well alight.

Mr Robinson, who is believed to have been in his 60s, was the only person in the property at the time but had only recently returned from hospital after being treated for cancer, neighbour and friend Sam Vamplew said.

He was also the last remaining member of his family and was born in the house.

"Everyone is really shocked - he was a very popular man," said Mr Vamplew, 73. "He lived on his own and had only just come out of hospital."

He said Les had no relatives and that his only brother died from cancer three years ago. "It's tragic," he added.