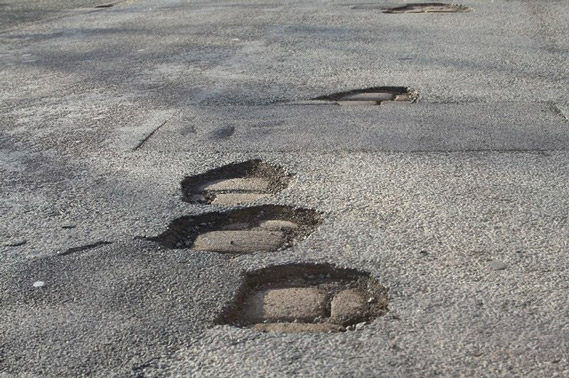 ACCORDING to residents, not enough is being done to tackle potholes in Wombwell.

Kingsway, Brampton Road and Hough Lane by the train station are all well-known pothole locations, and resident Brian Whitham said he's had to take two weeks off work after driving over a particularly deep pothole which trapped a nerve in his back.

"I drive a van and there's no weight in it like there would in a car, so it's not as bouncy," he said. "When I went over it, it jarred my back and trapped a nerve but if it had been someone on a motorbike, they would have been thrown off."

Rob Passmore, 41, said: "I think it's getting to the point where it's past repair. I've lived here 12 years and I've barely seen any maintenance work done on the road."

Deep potholes on Brampton Road were recently covered but there remain a number of potholes around the area.