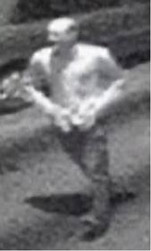 POLICE have released a CCTV image of a man they're wanting to speak to after damaging a 67-year-old's car.

The series of incidents took place on Princess Street, near Barnsley town centre.

The first of the incidents happened at around 2am on Saturday, January 12. A neighbour is reported to have seen a man damaging the door mirrors on the car. After damaging both door mirrors, the man walks off towards Spring Street.

The third incident happened at 2.05am on Sunday, February 17 when the man walks down Princess Street, from the direction of New Street.

He is seen walking to a neighbours' address and looks in the window before forcing the wing mirrors off by pulling and pushing at them. The man then walks off in the direction of Spring Street once again - leaving the wing mirrors hanging by their internal fixings.

The man is described as white, slim build, 5ft 8in and was seen wearing a variety of shirts and jeans.

The incidents were all caught on CCTV and South Yorkshire Police are asking the public to help with identifying this man.