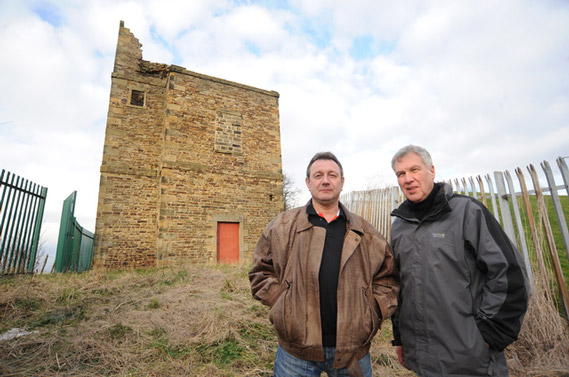 CAMPAIGNERS have reached a major milestone in their bid to restore a historic Hoyland landmark.

Steve Sylvester, secretary of the Hoyland Lowe Stand Trust, said plans have been given the green light by English Heritage to restore the Grade II listed building back to its former glory.

The stand was built around 1750 and is believed to have been used as huntsman's lodge and an observation point for hunts in the area.

An application was submitted to Barnsley Council in October which included a heritage statement to English Heritage along with the proposals.

Steve said the first task is to get the brickwork restored on the tower and put a water tight roof on it to prevent anymore water damage to the stonework.

He added that a bid would be made to the Heritage Lottery Fund for a spiral staircase, plastering and the creation of a viewing platform.

Barnsley Council has not approved the plans but planning officer James Hyde said for 'all intents and purposes' the application had been agreed and there were administration matters to be resolved.

A spokesman for English Heritage said they were in favour of the plans and it was down to the council to grant permission.

"Hoyland Lowe Stand is a well-known landmark to the people of Barnsley," he said. "We really appreciate the work the Hoyland Lowe Stand Trust and local community have carried out to look after this Grade II listed tower."