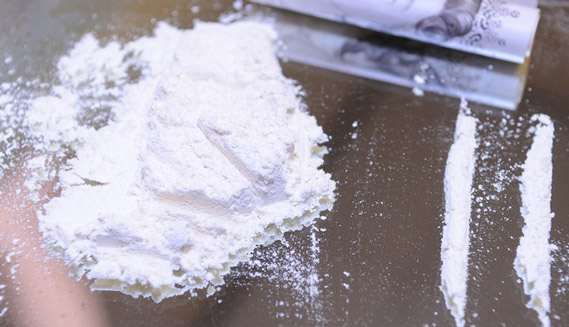 HEROIN users in Barnsley are injecting MCAT instead because it's more available, according to a drug charity.

James Pierce, of the harm reduction team at Addaction, said there had been a switch to heroin users experimenting with the former 'legal high', which was made illegal in 2010.

It comes after it was announced by police that two-thirds of all seizures of MCAT in the county last year were made in Barnsley.

Of the 252kg of the plant fertiliser-based drug recovered, 161kg came from Barnsley.

James said: "The increase is generally down to availability and the perceived low strength of other street drugs such as cocaine, ecstasy and heroin."

"Police seizure figures for Barnsley show there are large amounts of mephedrone (MCAT) available and this has led to high levels of use," he added.

But James also said there was a decline in the number of people using heroin and could perhaps be down to successful treatment and people choosing not to use drugs.

"There is an ageing population of heroin users. We don't see many young people using heroin, which is really positive."