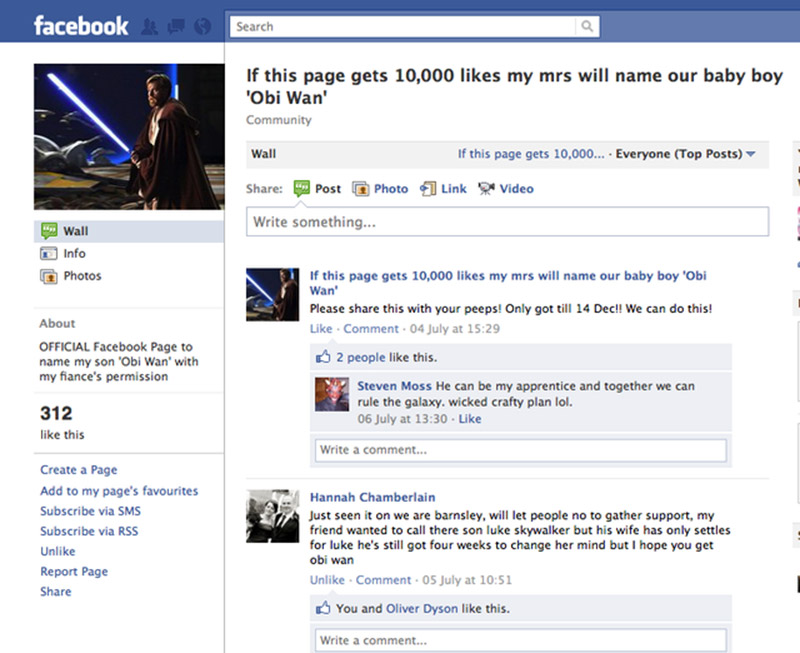 A Barnsley dad-to-be who is a die-hard Star Wars fan has launched a Facebook campaign to have his unborn son named Obi-Wan.

James Green and Emma Cutter are expecting their son in December - and after a campagn from their friend Jamie Marling -Emma has agreed that if the Facebook Fan Page gets over 10,000 fans she will stop opposing the name and let the baby take the Star Wars moniker.

Jamie said: "She doesn't believe it will get that many likes, and she's challenged me to try and get another 9720 likes before he's born. So I'm just trying to get as many people to spread the word as possible."