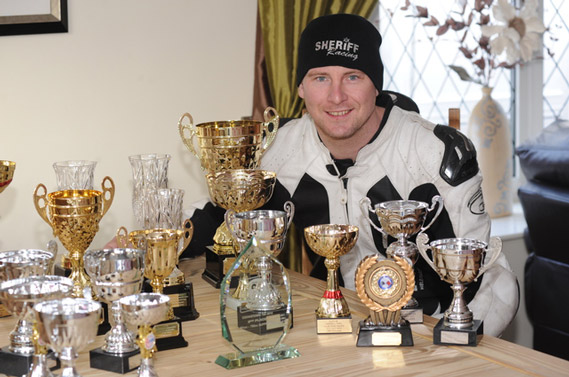 A MAN from Monk Bretton who made a miraculous recovery after a car crash is hoping to realise his dream by competing in the historic Isle of Man TT race.

Adam Sherrif, 33, almost severed his right arm in the 2006 accident, but despite having pins inserted in his bones and suffering from arthritis, he's had great success over the last four seasons.

"I hit the airbag and it pulled my arm off the steering wheel and through the window," said Adam.

"It then came back into the car and I could see that it was just hanging on by a few pieces of skin - it was really strange because it didn't hurt that much."

Having planned to start racing before, the focus on realising his dream of a TT start got Adam through the dark days in his recovery.

Two years later, he was racing with a specially designed bike with brakes on the left handlebar.

In his first race back, he crashed at Brands Hatch and broke his arm again - leaving him with even less movement. But he battled on and has ridden successfully for the last three seasons.