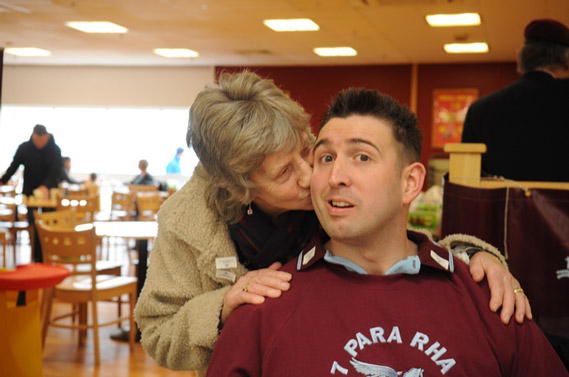 A SOLDIER who survived horrific injuries in Afghanistan joined members of the Barnsley Parachute Regimental Association to collect money for charity at Asda.

Ben Parkinson came to the Old Mill Lane store, and raised an impressive £1,477 for his own charity which is designed to help him and create awareness of other seriously injured soldiers.

Paratrooper Ben lost both legs and suffered brain injuries after driving over a mine in Afghanistan in September 2006.

He stayed in a coma for months, but then made a miraculous recovery against all odds.

A spokesman for the Parachute Association on the day said: "Ben is a total inspiration and we would like to thanks everyone at Asda and all the customers for showing him their support and donating so generously."