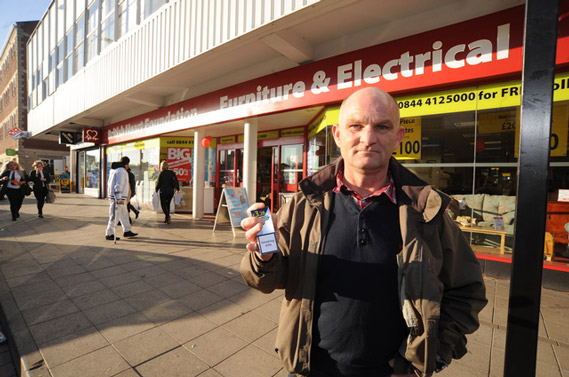 Charity Volunteer Told To Go Home After Smoking Outside Its Shop

A VOLUNTEER at a Peel Street charity shop was told to 'go home and never come back' after smoking a cigarette outside.

David Laing, 45, had been helping out at the British Heart Foundation shop for 18 months. He wanted give some of his time because his mother died from a heart condition three years ago.

"I've enjoyed helping out and really thought I was doing something useful," he said.

On his break, he stepped outside the shop and lit up a cigarette as he stood on the pavement.

It was then that a visiting area official from the charity came outside and told him to stub it out.

After refusing, David said he was told to go home and not come back.

"I was shocked, angry and upset. As far as I am concerned I have done nothing wrong - I was in a public place," said David.

Diane Locke, of the British Heart Foundation, said it has strict smoking guidelines for employees and volunteers.

"In this situation, and in line with our policy on smoking, we asked a volunteer on a number of occasions not to smoke outside our store but he refused and we had no other option but to ask the volunteer to leave."