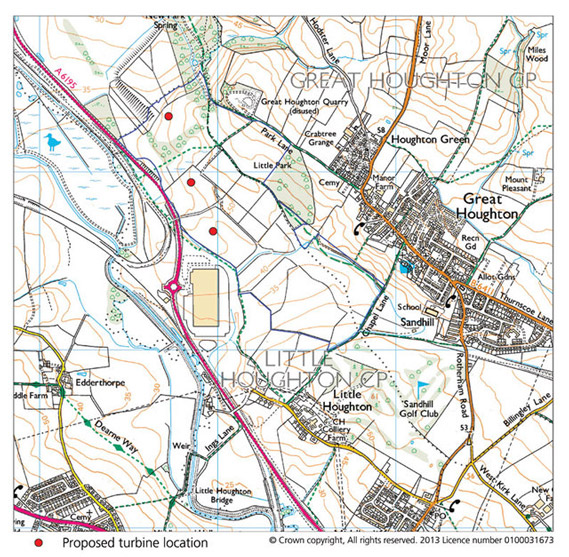 HOUGHTON residents are being invited to air their views on proposals for a nearby wind farm.

The turbines would be 126.5m including the tip of the blades and would have an installed capacity of six megawatts - enough to supply 3,000 homes.

Consultations will be held at Sandhill Golf Club on March 1 between 1-7pm and at Great Houghton Welfare Hall on March 2 between 11am and 3.30pm.

A spokesman for EDF said the feedback from residents would form part of the company's planning application to the council.