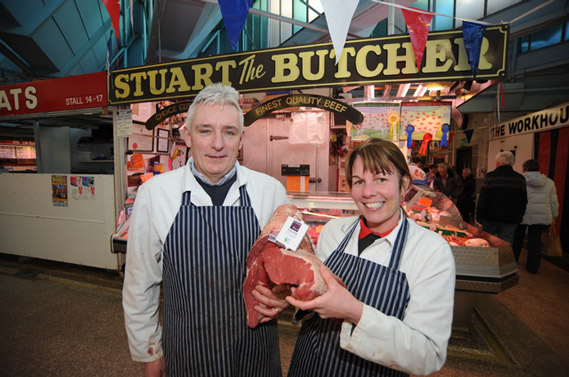 BUTCHERS across Barnsley have seen an increase in customer numbers because of the horse meat and food labelling scandal.

In a follow-up to last week's story about Penistone's thriving butchers, it appears that the town centre's have also had a boom in sales.

Stuart Barrow, owner of Stuart The Butcher in the meat market, says the problems have definitely seen more shoppers venturing in - although he says it may take some folk some time to get used to unpackaged fresh meat.

"You can tell some of them have never bought fresh meat before,'' he said. "I know they will get more help and advice from me and my staff than they will ever get in a supermarket - my advice is just come and ask and we will help you.''

Town centre manager Anne Untisz said more people seemed to be heading to the markets after losing confidence in products from supermarkets and because they wanted meat from a butcher they could trust.

She said: "I think that's why we've seen people coming in. They have confidence in their product - butchers on the market can tell you where it's come from and some of them have rosettes from cattle which have been prize winners.''