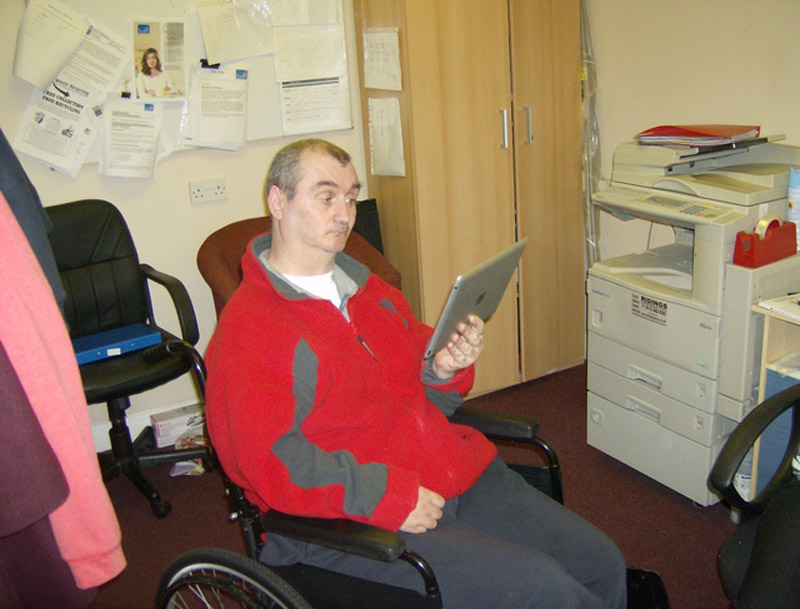 THANKS to an iPad a Barnsley man has communicated effectively for the first time in 20 years.

Kevin Beverley, 55, was left severely injured after a vicious and unprovoked attack in the town centre. He was left with severe brain damage, broken bones, and with right-side paralysis.

Since the attack, Kevin has been unable to walk or speak.

Communication has consisted of making noises and gestures to get what he wants. However, since the Disabilities Trust invested in two iPads, Kevin's had a marked improvement in his communication.

'Grid Player' - a free app - was installed on both. Using his thumb Kevin has been able to touch the screen to select the relevant letters to form words.

Kevin has now been able to tell the staff about his interests, his likes and dislikes, and by the afternoon he was ordering cups of tea whenever he wanted.

Kevin typed his own message at the end of his first day which simply read: “It is so good to be able to speak again”.