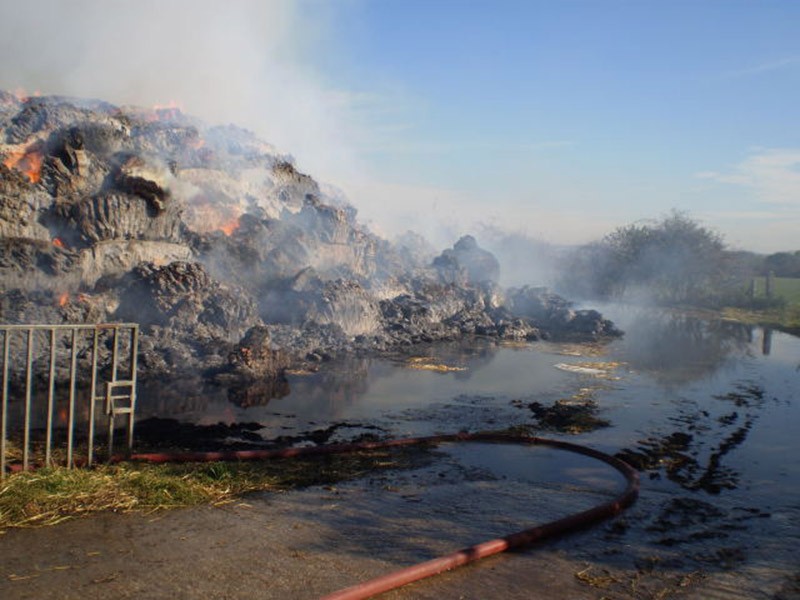 THE Environment Agency has been working at the site of a blaze at an Ardsley Farm today.

Agency officers joined fire crews at the farm to make sure that fire water didn't cause pollution - it comes just hours after an enormous water pump that pumps 8,000 litres a minute was sent out to tackle the blaze that had been raging since the early hours of Tuesday morning.

The fire began in a pile of straw bales and manure, but quickly spread to a brick farm building - but while the building fire has been tackled, the problems continue.

Over 500 pigs were kept at Wood Laithes Farm, Doncaster Road, and although neighbouring farm hands came to help move them to safety, some have perished in the blaze.