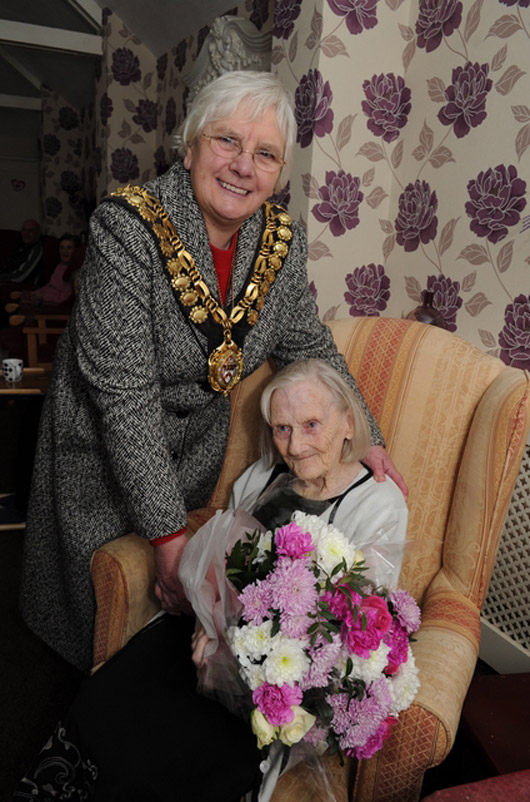 A LADY who was given just three days to live at 94-years-old has celebrated her 100th birthday.

Elsie Mary Holmes was told she had only days to live by doctors six years ago, after she was diagnosed with a perforated bowel.

Elsie, from Shafton, put that behind her as she celebrated at a party with family and friends on Saturday.

Originally from Derbyshire, Elsie has spent most of her life in Royston.

Her granddaughter, Joan Calton, who cared for Elsie for three years after she was diagnosed, said: "She's a remarkable woman. She's never drank and never smoked and even now she is so independent. Nothing ever gets her down - she's such a strong woman."

Elsie also received a visit from Barnsley Mayor Dorothy Higginbottom on Monday, who presented the birthday girl with a bouquet of flowers.