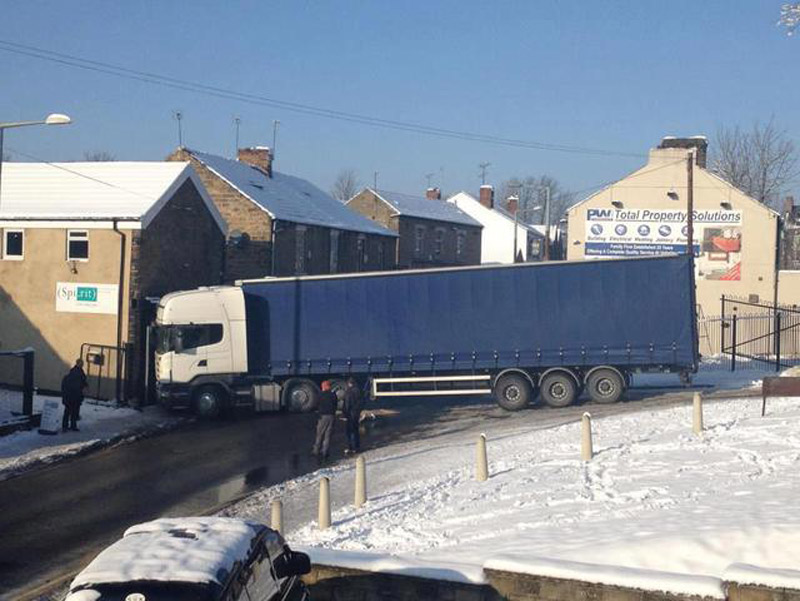 The driver, Gary Butler, said: ''I was there for an hour, and I cannot thank the numerous people who came to help enough.''

Judging by the response to the photo on Facebook, it's a story that lots of you have an opinion on, so We Are Barnsley felt it only necessary to pass on the driver's compliments to those who helped him.

''They were phenomenal - I take my hat off to them,'' Mr Butler added. ''The road was very greasy, and as I'm not local I wasn't aware of its camber. I do have to apologise to the barber shop though, as I was about six inches from his building!''