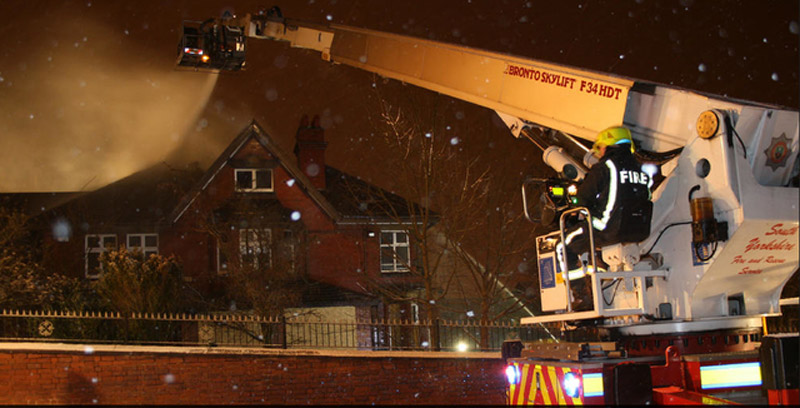 Crews from Barnsley, Cudworth, Tankersley, Rotherham and Doncaste were called to the Old Vicarage building on Vernon Rd at around 4.45pm on Thursday.

The second floor and roof space were ablaze and ywo jets and an aerial ladder platform were used to douse the flames.

A spokesman said: "Firefighters carried out a search of the building to check for casualties.

"The blaze didn't spread to any other buildings and fire service presence began to be scaled down at around 7pm.

"Crews left the scene at just after 10.30pm and an investigation is due to be carried out."