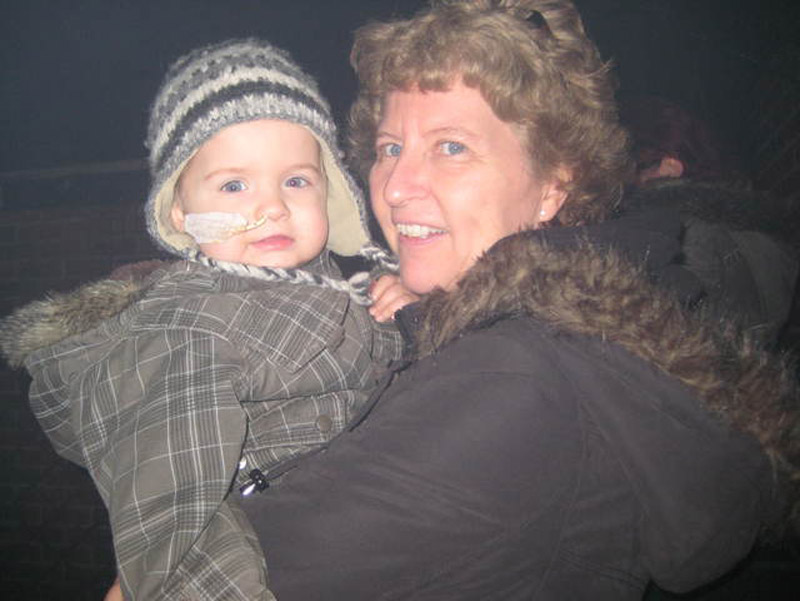 THE GRANDMOTHER of a two-old-boy with a rare and aggressive form of cancer is trying to raise £250,000 to get him treatment abroad.

Oliver Field was diagnosed with neuroblastoma - cancer of the nerve cells - when he was just eight months old.

It had been thought he was beating the disease but his family received the devastating news four days before Christmas that a tumour had developed near his kidneys.

His grandmother Catherine Bottom, of South Road, Dodworth, and Oliver's parents Laura and Paul Field, are now desperately trying to raise the cash for lifesaving treatment which is not yet available in the UK after doctors said the tumour was very hard to treat for a second time.

Catherine, 52, said: "Oliver is just beautiful. He's happy, kind and gentle and we were just devastated, again, when we found out it had come back because he had been doing so so well. When he went for the scan we just expected it to be clear."

Oliver had an MRI scan on December 18, and Laura and Paul, of Dalton, near Huddersfield, were told the cancer had returned.

Oliver is still undergoing tests, but will start another course of chemotherapy on Tuesday with the hope of shrinking the tumour.

Catherine and her family have already raised £40,000 through bag packing at Morrisons, Westway, where she works, and sky dives, coffee mornings, and sponsored walks and chest waxing.