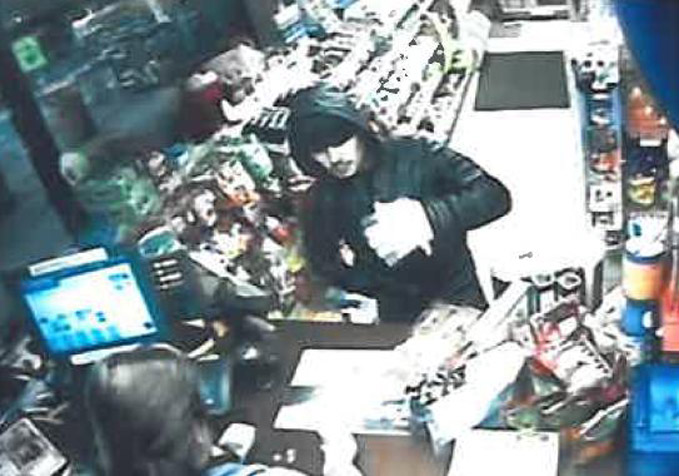 POLICE in Barnsley have issued CCTV footage of a man they suspect threatened a cashier with a pocket knife in a service station robbery.

The incident - which happened at around 7.50pm on Sunday December 2 at the Co-operative BP service station on Sheffield Road - saw the man allegedly attempt to grab cash from the till.

He picked up some chewing gum, placed 50p on the counter and waited for the cashier to open the till.

As she did, the man is believed to have produced a pocket knife and lunged forward to the till.

The cashier tried to shut the till drawer on his hand and he only managed to take £25, leaving the cashier with a slight cut to her forehead.

The suspect is white, possibly eastern European as he spoke in broken English with an accent, and in his early 20s. He is approximately 5ft 9ins tall and of a slim build.

He has dark black hair and a black moustache. He was wearing a black woolly hat with a blue stripe around the head and a black glove on one hand and a white one on the other.

He was also wearing a black faux leather jacket zipped up at the front.