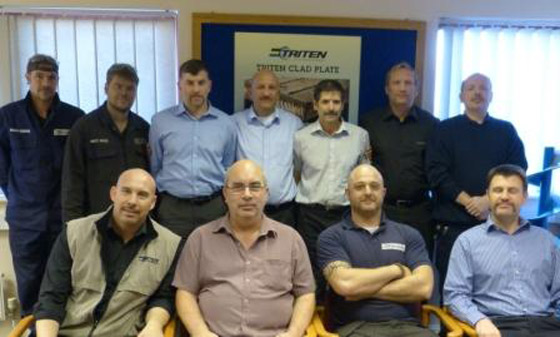 Movember In Memory Of Bill

THE LADS at a Carlton business have completed a Movember fund-raising challenge in memory of their friend who died earlier this month.

Bill Dickinson was diagnosed with cancer earlier this year and joined his colleages at Triten International at Carlton in the Movember challenge to raise money for Cancer Research.

And even though he died on the day his workmates were starting to grow their moustaches, the fundraising continued in his memory.

Keith Challis said: "Many of us here have been affected by cancer both directly and indirectly. So we thought it was the time to do something and raise some money towards this very worthwhile cause.

"Bill was diagnosed with cancer of the oesophagus earlier in the year.

"In typical Bill fashion he fought this and was doing very well and responding to treatment and was even talking about returning to work at the beginning of November.

"So you can imagine the shock and distress we all felt when we found out on November 1 that Bill had sadly passed away that morning of pneumonia.

"That day we all decided that we would carry on with the 'Movember', raising as much money as possible for Cancer Research in tribute to Bill's life."

So far the Movember mob at Triten have raised more than £1,300 in Bill's memory.