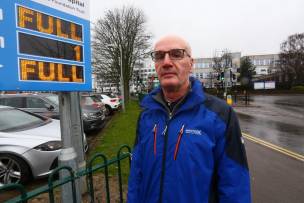 No Christmas Lights For Hoyland Common

CHRISTMAS lights will not be put up in Hoyland Common after councillors decided to spend funds elsewhere.

Coun Jim Andrews said lights would not be put up in Hoyland Common, even though they will be in Hoyland, as ward funds were being spent on tidying up the area.

He said this included money on bins, clearing up shrubbery on the Cloughs estate and buying litter grabbers for voluntary litter picks.

He added money had also been spent on the two new flagpoles at the Hoyland war memorial.

"What we are doing is things for life not just for Christmas," he said.

"People have to understand there are some austere times coming and we have to do things that last more than a month."

The Rockingham ward was 'providing cash' towards the Christmas lights in Hoyland, supplying some of its lights and helping to fund the Christmas tree in Hoyland library.

He confirmed there would be no Christmas lights in Birdwell but they would assist the Birdwell Residents' Action Group with their Christmas tree.

"We do believe it's the centre and there should be something there," he said.

"We are committed to having something in Hoyland and extending it year by year but it gets more difficult."

Barnsley East MP Michael Dugher will be at Hoyland library at 4pm on November 23 to turn on the lights.