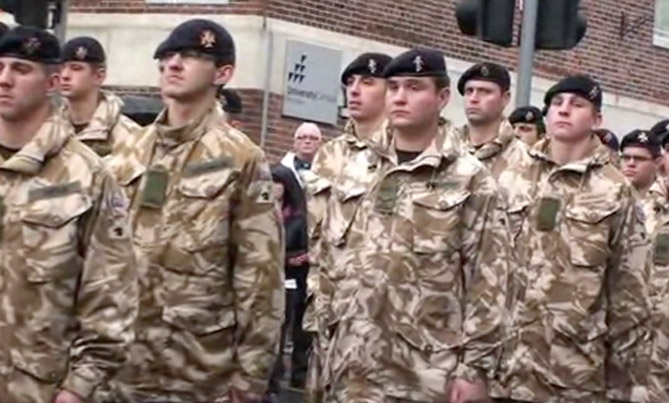 LOCALS have been invited to show their support for Barnsley's soldiers by welcoming them home in a special parade.

The Light Dragoons will march through town on November 13 as part of their homecoming parade  - and locals are being asked to dig out their Union flags and show their support.

The parade start on Churchfield at around 12.15pm when the Band of Heavy Cavalry and Cambrai will lead some 250 troops and military vehicles will make their way along Church Lane, Church Street to the town hall.

There will also be a one minute silence in memory of those who died.

The parade will then march down Market Hill, into Queen Street, Cheapside, New Street, Wellington Street and Peel Square.

It will then proceed into Queen Street for a second time and march through May Day Green, Eldon Street, Market HiIl and Church Street.

The parade is expected to last 40 minutes.

We Are Barnsley sent a film crew to the Homecoming Parade held in previous years. You can view it here.