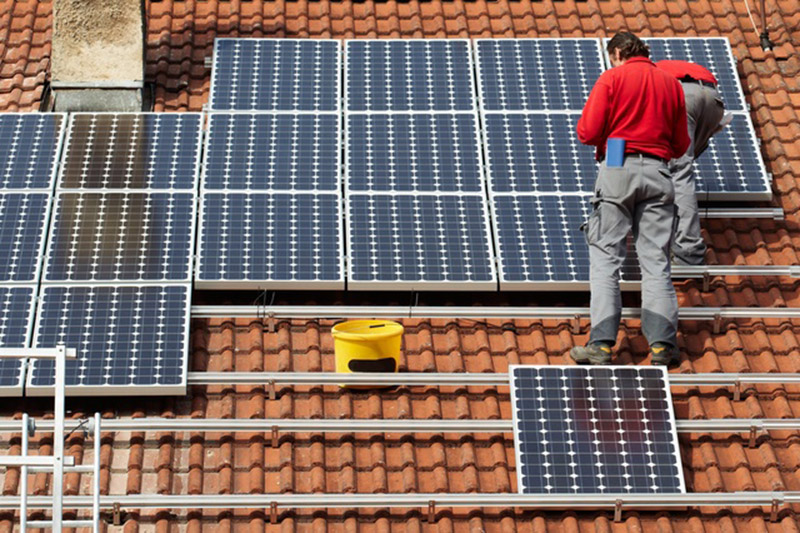 A BARNSLEY company has struck a £1.2 billion deal that will see around 200,000 council and housing association tenants across the UK getting free solar panels installed on their homes. Dodworth-based Solar Europa has unveiled what it claims is the UK's biggest-ever deal for free solar power after securing financial backing from a market-leading project finance specialist. Over the next four years, the deal is expected to create up to 3,000 jobs for installation and maintenance teams all over the country. It could slash every tenants' electricity bill by up to fifty per cent - and could also be a financial lifeline for cash-strapped councils and housing associations who will earn substantial rental incomes for the next 25 years. The deal will help social landlords take a huge steps towards tackling the escalating problem of fuel poverty, while at the same time confirming their commitment to hitting the Government's carbon reduction targets. Solar Europa is now set to open discussions with councils and social landlords, with the first installations due to start as soon as September. Spokesman David Hawkins described the deal as a 'win win' situation for local authorities, housing associations - and their tenants. He said: "With spiralling electricity costs hardly ever out of the news, fuel poverty is an important issue facing every social housing provider.

"Financial constraints have, until now, meant many housing associations and local authorities have been unable to invest in much-needed renewable technologies. "Installing solar photovoltaic panels as part of a wider energy efficiency programme can help alleviate the problems of high energy costs for tenants. "The average tenant who has solar panels installed can save as much as 50 per cent off their annual electricity bill and that saving can make a massive difference to the lives of many householders across the country. "This deal will go a long way towards helping housing providers meet the requirements of the Government's White Paper on reducing fuel poverty while at the same time, help them meet carbon reduction targets - and all at no cost to the tenant or landlord." In Barnsley, where the company is based, it will mean an extra 25 new jobs working in distribution and support roles. The company has already invested in a new 75,000sq ft northern warehouse and distribution depot in the village of Barugh Green, a few miles from its headquarters in Dodworth. And it has also secured a southern distribution depot in Sunbury-on-Thames. All properties fitted with the solar PV kits will benefit from the latest generation of micro-inverter technology, meaning the systems are 25 per cent more efficient than conventional kits. A spokesman for AD-ECO which is providing the funding for the partnership said they were delighted with the outcome of several months of negotiations. He added: “AD-ECO bring many years of financial experience and understand the importance of being able to deliver extremely flexible solutions to the end user - something that is vital in a sector which increasingly insists on a "one size fits all" mind-set.

“The flexibility and innovation that Solar Europa brings to the design of individual projects was key to our choice."