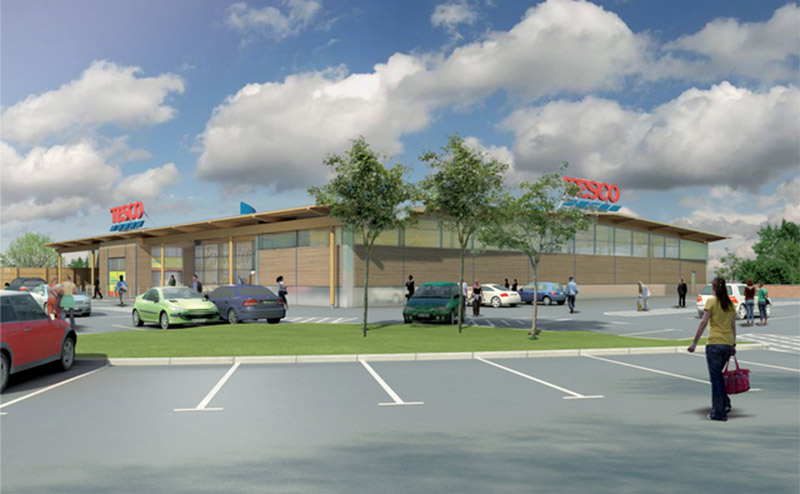 SUPERMARKET giant Tesco has won permission from Barnsley Council to have longer opening hours at a controversial site in Hoyland.

The superstore is to be built on the site of the former Market Street School - and earlier this year councillors on the planning board approved the plan, but warned that opening hours would be restricted.

Tesco was told they could only open between 8am and 8pm so as to not bother resident - but after submitting a noise impact report it has now won permission to open from 7am - 10pm.

The development is expected to bring 140 jobs to the area - but while there has been four letters of support and 320 support cards in favour of the scheme, there has also been two petitions against it submitted with 641 people saying they did not want it in Hoyland.

One of the main objectors is from a company representing the Co-Op at Hoyland. In a letter to the council it says: "The Co-op forms the focal point of Hoyland town centre due to its central location as well as being the main convenience retailer in the centre.

"The application must be considered inappropriate to the merging strategy in Hoyland and out of scale to the role and function to which it serves.

"The applicant justifies the introduction of a main food store by stating that the proposals claw back trade currently leaked to other out of centre locations. In the first instance this is a disingenuous statement as the food store is also out of centre and therefore does not present any demonstrable benefits to Hoyland District Centre.

"The application site is in an out of centre location, it is dislocated from the centre and it is located over 500m from the Primary Shopping Area.

"As a consequence of its location, shoppers will be drawn away from the town centre to undertake the main food shop in this location. This will result in a significant decline in foot fall across Hoyland District Centre.

"Hoyland District Centre currently has a joined up offer and by the applicant’s own admission shoppers currently using the Co-op could be drawn to the proposed Tesco store for the superior qualitative range of goods.

"The proposed impact on the Co-op food store will have a knock on effect across Hoyland. The above impact therefore is grossly undervalued and must be considered inappropriate to the centre."