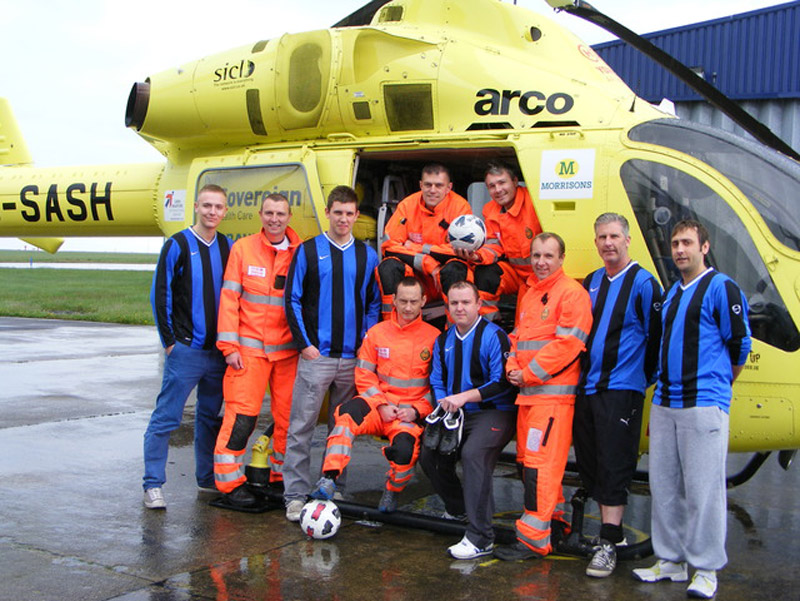 THE paramedics who fly the air ambulance that serves Barnsley are attempting to set a world record - for the second time.

The crew from Yorkshire Air Ambulance attempted a record attempt in June for the longest marathon five-a-side football session.

But horrific weather conditions meant it had to be abandoned after 30 hours - leaving them 14 hours shy of the record.

The team will make a second attempt on Friday and hope to raise £7,200, the cost of a day’s flying.

Pete Vallance, aircrew of the YAA, said: "We see day-to-day the impact that the YAA has on the people of Yorkshire and we know how vital the role of the Charity team and the public is in helping to raise the monies needed to keep both of the helicopters in the air.

“There are a lot of rules and requirements we have to fulfil for Guinness World Records to enable us to record and prove our attempt. This is going to prove the most difficult part – playing football is probably going to be the easiest bit. It is going to be a long two days for us and we will need regular food and drink breaks. If any local companies would be willing to donate anything, they would be gratefully received. We are particularly in need of items such as sandwiches and snacks, sports drinks, fruit and probably some coffee and caffeine type drinks too.”

If anyone would like to support the Paramedics efforts, please contact the team via the Yorkshire Air Ambulance Charity Office on 01422 237900.