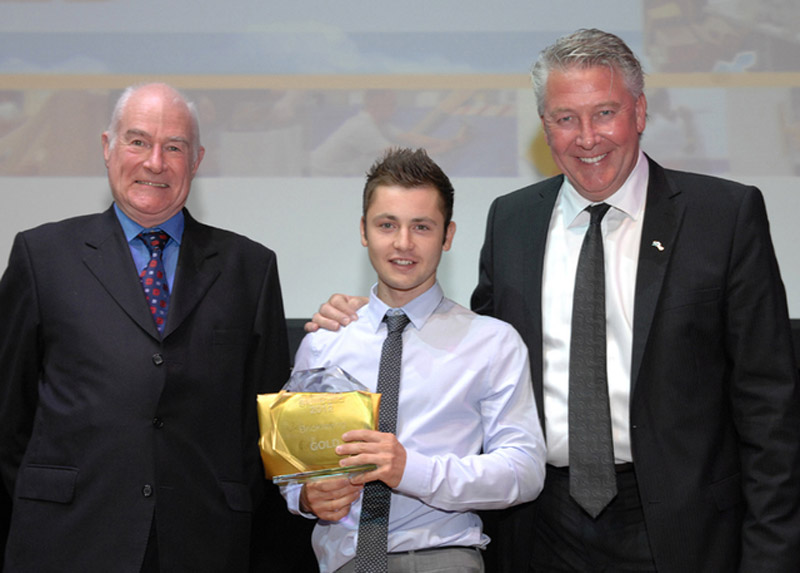 A BRICKLAYING student from Hoyland is celebrating after being names the best trainee in the UK.

Jason Whitehead, 19, scooped the accolate in the national final of SkillsBuild, beating off stiff competition from 10 other finalists to win first place at a tense three-day final which took place at Preston College.

Jason, who attends Barnsley College and is employed by Barratt Developments, was given his award by celebrity builder Tommy Walsh.

He said: “It’s great to have won. The competition was tough, but it’s been worth all the hard work and preparation."