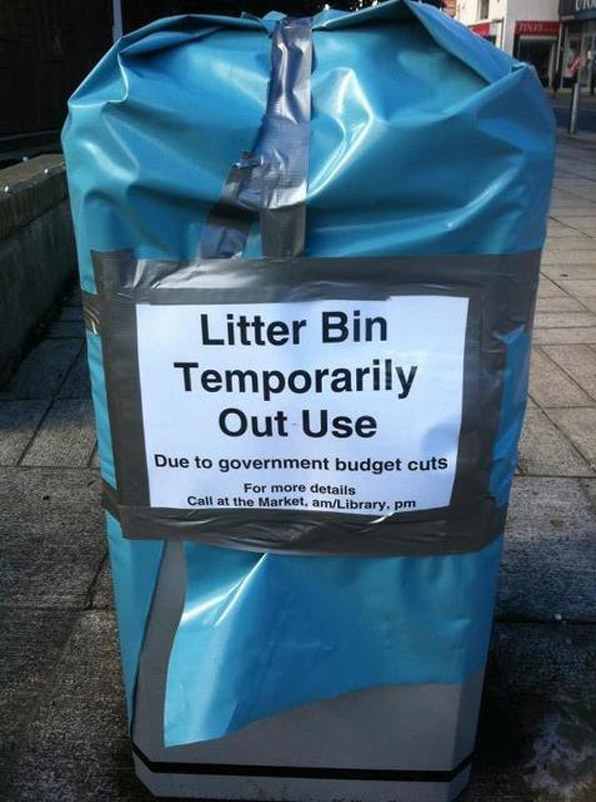 RESIDENTS of Hoyland discovered all the town centre litter bins covered over with signs saying they were no longer in use.

The bins on the High Street had been covered with bin bags, with posters printed saying they had been put out of use due to budget cuts and that residents must instead use bins in the local library.

A council spokesman said it is not known who was responsible for it.

Council leader Steve Houghton added: "Once the council became aware of what was taking place it was brought to an immediate end and we apologise for any inconvenience that was caused.

"We understand the point the people concerned were trying to make, but it was not done in an appropriate way."